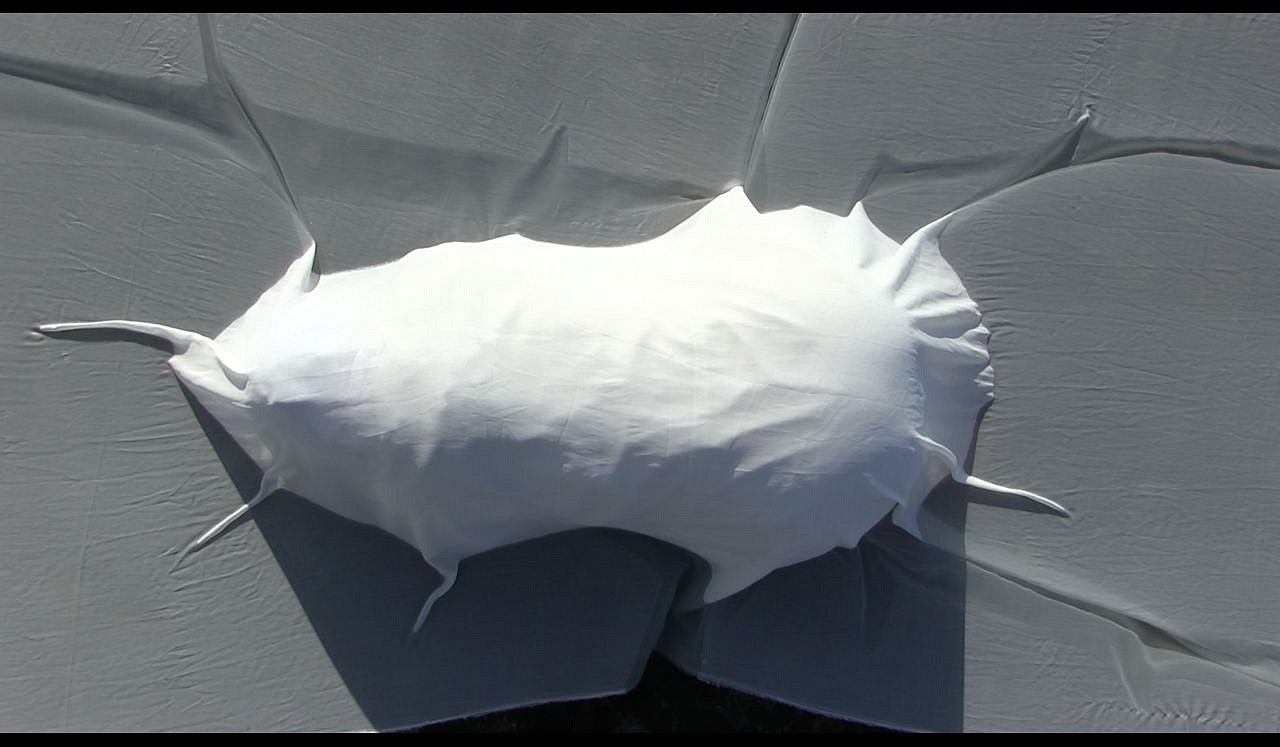 Everard Read is proud to present Surface / Subtext a small group exhibition featuring painting, photography, video and various mixed media artworks at the Cape Town gallery space. The exhibition will run from the 18th August until the 11th September 2016.  A portfolio is available upon request.

An artist’s mark, whether manifested on the surface of an artwork or archaeologically found underneath the visible, serves to capture that which we quantify as our ephemeral existence and the world around us. Here within a small section of contemporary artists, the narratives in Surface / Subtext are both explicitly direct and implicit within what lies beneath the first layer.

These subterraneous levels of materials and meaning all serve to individually reinforce further conversations about the surface of the narrative. In some cases temporary or in transition, in other cases imbued with a history of mark making, these degrees of subtext give a value to everything within the working process and a truer understanding of these final ‘art objects’. Indeed without this manifested journey for each artist featured, a large critical element of their discourse and the artwork’s meaning would be lost.

For Emalie Bingham ‘an unfinished picture is almost like an X-ray, which allows you to see beyond the surface of the painting to what lies behind: earlier versions, preparatory sketches, all of the working methodology that has helped my discourse to arrive at this point in time'. This unpredictable and dynamic investigation in the Elementary Wisdom series stems from the five Chinese elements: wood, fire, water, earth, metal, and water and raises an unexpected sense of mystery in Bingham’s discourse. Equally it reflects the artist’s careful and meticulous approach to her creative process. Each panel is made up of hundreds of sketches on tissue papers that are painstakingly cut, layered, painted, glued and stitched onto canvases, the result of which is a fluid and intuitive adventure.

Ricky Burnett’s minimal and abstracted Damascus Series acknowledges the materiality of surfaces as ‘living and breathing’, the thickness and sensuality of the multiple layers spreading over the edges of the defined canvases. Here too the visceral colors hidden within the impasto oil paint reinforce his investigation into the sensation of an exaggerated textural experience. This reminds us that this is not an ephemeral study of ‘identity’ or an overt narrative that the artist strives for, but rather Burnett uses the gestural qualities of paint and texture to animate the surface often questioning what lies beyond it.

Bronwyn Lace engages with the notions of the visible creative act versus memory and the untouched. Rhythmic meditations highlight the breadth of Laces’ organic investigation. Here in Surface and Subtext she delves into the realms of botany, zoo archaeology and her active considerations of our physical relationship with the world around us. Ritual and repetition permeate in Lace’s streams of consciousness here manifesting visually as gold stitches, 1000’s of pinpoint puncture marks on the papers, indentations of millipede exoskeletons (Ashes to Ashes II) and gold dust applied though breath. Woven wormlike creatures play homage to both nature and the suture action of repairing that which is torn and damaged.

Zwelethu Machepha’s triptych Adjustment Never Ends is firstly manifested of coded layers of informative delicate shapes that reveal figuration upon further inspection. Printed onto ultraviolet paper, these linear dots and marks summarize what is essential of each human form. Equally upon further consideration they act as a poignant metaphor for Machepha’s investigations, which include references to the digitalized world that surrounds us all.

Thania Petersen’s video pays tribute to the notion of ideal perfection, called ‘Baqa’ by Sufis. Alternatively termed 'Najat' in Islam, 'Nirvana' in Buddhism, 'Salvation' in Christianity, and 'Mukhti' in Hinduism, it is the highest condition attainable. As the video progresses the artist is covered with various layers of cloth (heavy with symbolism) slowly submerging her body. Petersen explains: ‘Each cloth represents a different Sufi order. Our saints whose tombs are known as the Kramats, situated at various locations around Cape Town, who brought Islam to the Cape, belonged to various Sufi orders and I pay tribute to their teachings which has served us so well for so long.' The artist includes Ritual in her multisensory installation– a large canvas that is covered with small white cotton bags containing scented and smoked orange leaves. These white bundles confront and engage ‘the smell of our past - a scent, which in me arouses deep sadness. It is the scent of a land and a life lost but not forgotten’.

Motivated by geographical formations and figurative narration, Pamela Phatsimo Sunstrum’s three watercolour, pencil and marble dust gesso artworks merge the duplicity of human form and natural landscape. Full of fantasy and yet grounded in representational imagery, Sunstrum’s surfaces move rhythmically between scale and levels of transparency. This reveals not only her personal exploration of ‘identity’, but equally notes various mythological manifestations and deeper meditations into the ‘sublime as an experience of the simultaneous smallness and boundlessness of the universe’.

Elize Vossgatter’s mixed media narratives consider painting as both surfaces and surface based ‘objects’. Here the essential symbology of the images is balanced by the inherent and critical actions of layering, covering and exposing of the canvas and its stretcher. As the figurative conversations are materialized, the artist removes segments of information and exaggerates others. The duplicity of ‘noise’ under the surface allows the audience to imagine, as they aim to consider the bigger questions of displacement and the notions of a ‘foreign body’ that Vossgatter is posing.

Barbara Wildenboer’s Pareidolia series ‘makes reference to an eco-psychological perspective of both our conscious and unconscious relationship with nature’.  By striving to amalgamate the literal mirroring of cloud-like formations and the associative references (with psycho-analytical tools such as the Rorschach inkblot test), the surfaces illustrate both the interconnected relationship between humans and nature, and that which pertains to the layers of the unconscious mind. Wildenboer explains: ‘used psychological terms [Pareidolia] describe the human inclination to perceive specific, often significant, images in random or ambiguous visual patterns. This manifests when viewing the work, connecting the dots to create star constellations and most commonly when cloud gazing.’

Brancusi said, ‘What is real is not the external form, but the essence of things... it is impossible for anyone to express anything essentially real by imitating its exterior surface.’ Each artist featured in this exhibition explores beyond that façade to a recognition that distils into various levels of understanding. It is this interplay between surface and substantial subtexts of each bodies of work, and the expectations the artist bring to them that draws attention to the noise underneath and ultimately garners the final art object.