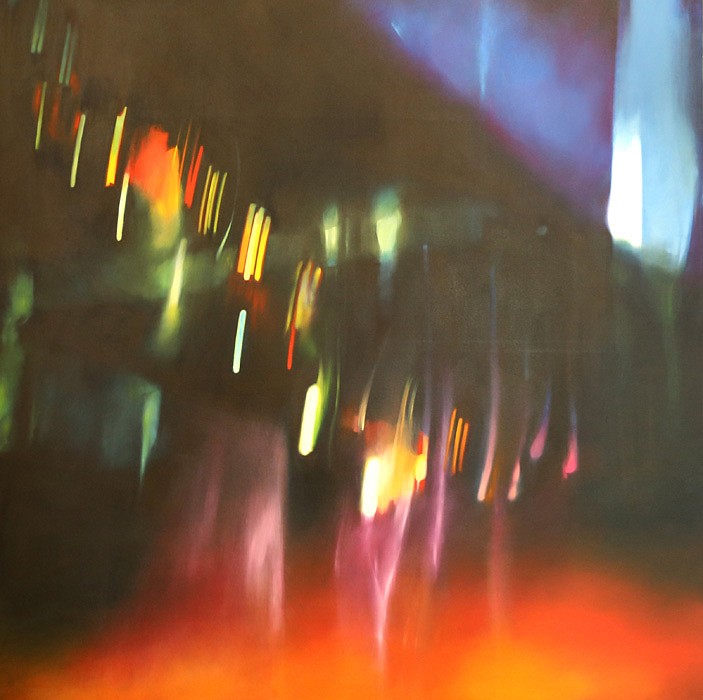 “There is an internal landscape, a geography of the soul; we search for its outlines all our lives. Those who are lucky enough to find it ease like water over a stone, onto its fluid contours, and are home. Some find it in the place of their birth; others may leave a seaside town, parched, and find themselves refreshed in the desert. There are those born in rolling countryside who are really only at ease in the intense and busy loneliness of the city.…. We may go through our lives happy or unhappy, successful or unfulfilled, loved or unloved, without ever standing cold with the shock of recognition, without ever feeling the agony as the twisted iron in our soul unlocks itself and we slip at last into place.”
Josephine Hart

Everard Read Gallery is proud to present Glissando the first solo exhibition at the Cape Town space by the artist Syndi Kahn.  The exhibition opens on the 19th May 2016 and concludes on the 12th June 2016. A portfolio is available upon request.

Glissando is a ‘continuous glide up and down between two notes- a slide from one pitch to another’. This title serves as a melodic and dynamic theme for the exhibition, expressing a poignant but varied metaphor in Kahn’s twelve gestural paintings.

The body of works refers to one’s journey over ‘surface’ and ‘location’ on both macrocosmic and microcosmic levels. There is an oscillating tension within the artworks, as their rhythmic composition differs. Some encapsulate a depth of field of horizons or vast sceneries, while others have narratives that are diffused with pixilated detailing or have been broken down to a structured cellular level.

Upon first inspection there are direct references to the artist’s travels during the last year. Examples such as Adagio and Undercut directly recall mountainous landscapes – perhaps a much cooler Northern Hemisphere location such as Canada.  Contrasted with this, are the sharper city lights, pulsating architectural energies of Staccato or Springboard and Glissando that steers the audience to an urbanized Tokyo City.

Certainly in Glissando Kahn questions the ‘environment’ in relation to human beings, but not simply in reference to city and nature. Cadence and Trapline denote a journey more inwards. This links the thread between ‘landscape’ (as a greater force) and geography (of sorts) at a possible cellular level. Kahn’s sense of ‘destination and journey’ is thus simultaneously imbued with the macro and microcosmic - both literally as journeys from point A to B, and equally a voyage of internal self discovery.

Bringing to light a deliberate breadth of possibility, Kahn also considers the surfaces of her paintings and the permanence of what is being rendered onto them. Ptarmigan or Tokum suggest still frames of a photo image (in the case of Tokum of deep green forest and a snowy mountain side), but these are disrupted by small vivid pixilated yellow and purple shapes. These angular forms deliberately jar the scenes and bring into question the dependability of the artist’s renderings. By punctuating the surface Kahn thus asks the viewer to inquire - why are the original image stories being distorted and what does this say about their permanence?

The further dreamlike state of Sidewinder and Raven allow the viewers to suspend themselves in the possibility of slipping into a different level of consciousness. Encore- for Rohan serves too as the ultimate transition between the recognizable accentuations of details and the blurring of information- a gliding passage between the conscious and undefined unconscious. Here through these degrees of abstraction the artwork conclusively serves as a bridge linking the present with the possibility and the potential of the unknown.