PHILIP BARLOW: between broadway and 42nd 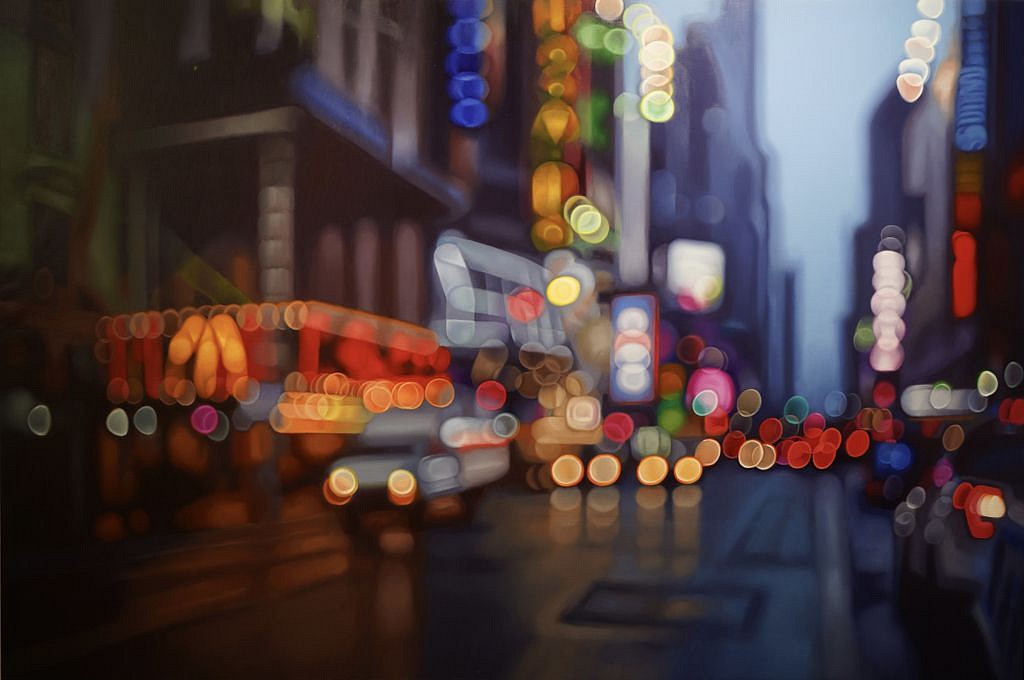 A solo exhibition of new paintings by Philip Barlow

Walk-about with the artist Saturday 9 November 12:00

In his latest solo, Cape-based Philip Barlow once again heads into the city, this time the iconic streets of New York – a favourite territory. After perfecting the same style for more than a decade, Barlow feels he has finally honed what he first started exploring all those years ago.

He begins with using his camera to capture the elusive moment when magic happens, and shape, form and colour dance like jewels. Barlow sees the initial photograph as a muted film and the completed painting as the same film – but with sound and music. He plays with abstraction while continuing to explore realism, and keep us close to the recognisable and familiar. Barlow’s intention is never to alienate but rather to invite the viewer into the image.

With this body of work, Barlow aims to reminds us that, even in a broken world, where people have often lost courage, where corruption is rife and cynicism dwells, we still have hope and beauty does exist. His primary intention is to lift the eyes and to elevate a moment which is seemingly ordinary. He endlessly discovers and explores the beauty and the sublime in the mundane.

Email us here for a full portfolio