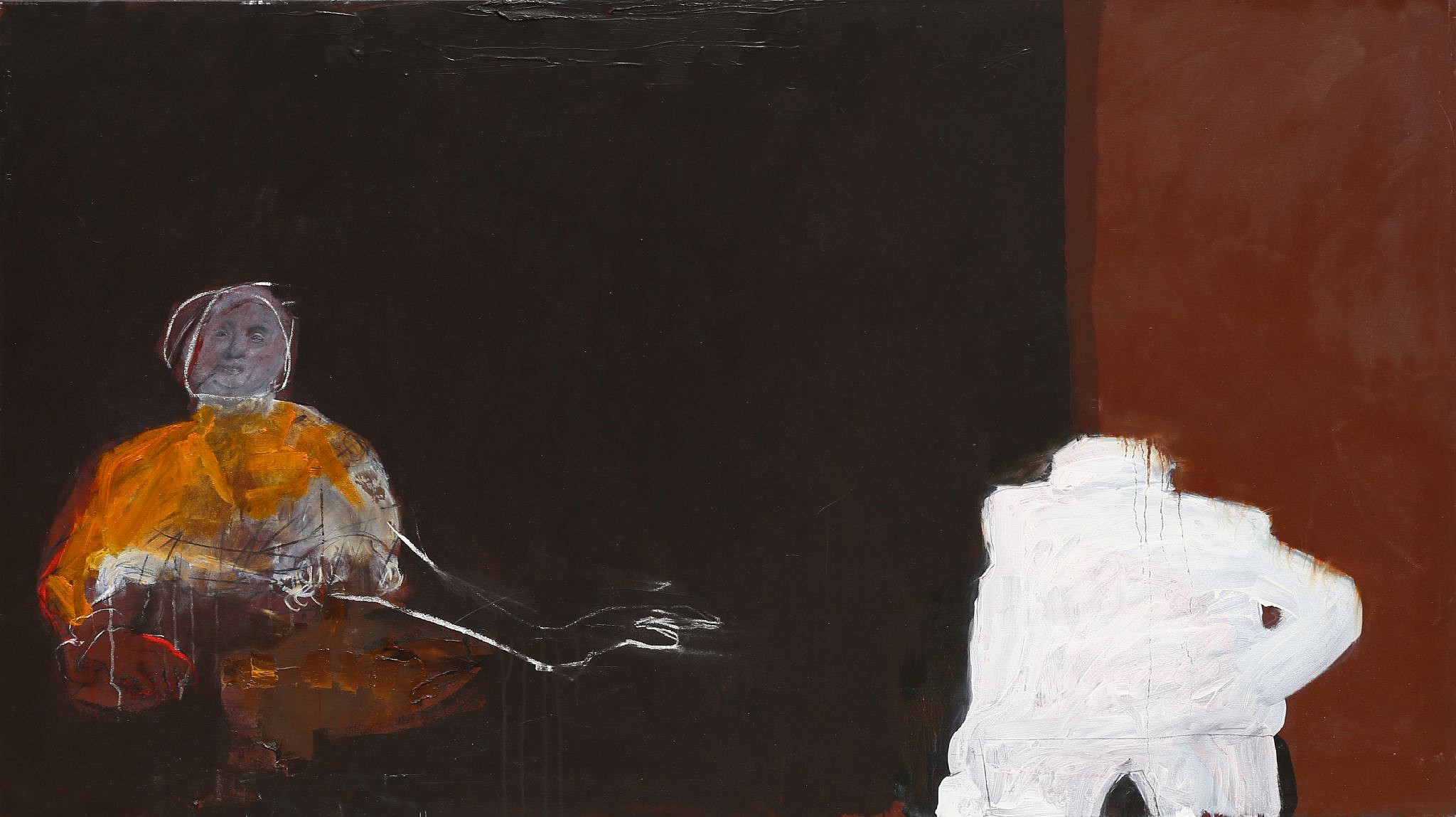 Is not the truth, the truth? – Shakespeare

Everard Read Cape Town is pleased to present Cape Town artist Lorienne Lotz’s second solo show, Stru’s Bob, in which the concept of truth and certainty in the contemporary world is interrogated. Opening on the 10th of April, the exhibition runs until 4th May.

Veritas the goddess of truth is mortally wounded.

As contemporary political theorist John Keane asserts: ‘Lying in politics is an ancient art’, one it appears we have never grown out of. Making use of deeply-embedded human narratives to question the nature of veracity in this so called ‘Post-Truth’ global era, Lotz questions whether this provocative label and an increasingly-connected global network have been the impetuses that have now made us more aware of this issue?

Using the friction of the disparate images which arise in her work, Lotz grapples with the nature of certainty in the age of social media, where disinformation blurs lines and destabilises democracies.

She asks: ‘Are we mostly to blame for this erosion of trust where a bias which holds true for our own perception is spread as truth? Or in a constant attempt to make ourselves look better, have we flown too close to the sun, and are we all on a slippery slope towards lies masquerading as truth? Did Veritas, goddess of truth ever really exist or was she just a beautiful illusion...lulling us with the empty
promise of an absolute truth in the face of our competing, varied and multiple subjectivities?’

This yearning to understand the nature of truth, as well as to face down its opposite, provides the conceptual thread of the exhibition. The work explores the post-modernist argument that ‘all truths are partial and a junction of one’s perspective’ and ‘that there are many legitimate ways to understand or represent an event’ – thus the fallacies, dichotomies and absurdities of the contemporary human condition are explored, even exposed.

The artworks excavate and gain traction within the ironies that emerge from our deepest narratives, which oscillate between good and evil, order and chaos, desire and hate, and the beauty and beast within us all. They thus work to reveal the ambivalence of our divided hearts.

Is it the mirror Veritas now holds up to us?

Born in Bulawayo, Zimbabwe, Lorienne Lotz currently lives in Cape Town. She completed a Postgraduate Diploma in Fine Art at
Michaelis UCT (2013) and was awarded a Sasol New Signatures Merit Award (2014).
Lotz studied in the ‘80s under Bill Ainslie at the Johannesburg Art Foundation. Since 2008, the annual intensive Rosenclaire
workshops in Italy and South Africa (run by duo Rose Shakinovsky and Claire Gavronsky) as well as the Astar process and painting
sessions with Lindy Solomon are influences which have been instrumental in forging Lotz’s deeply intuitive material process and
awareness of a formal language. Her work is held locally and internationally in private collections.