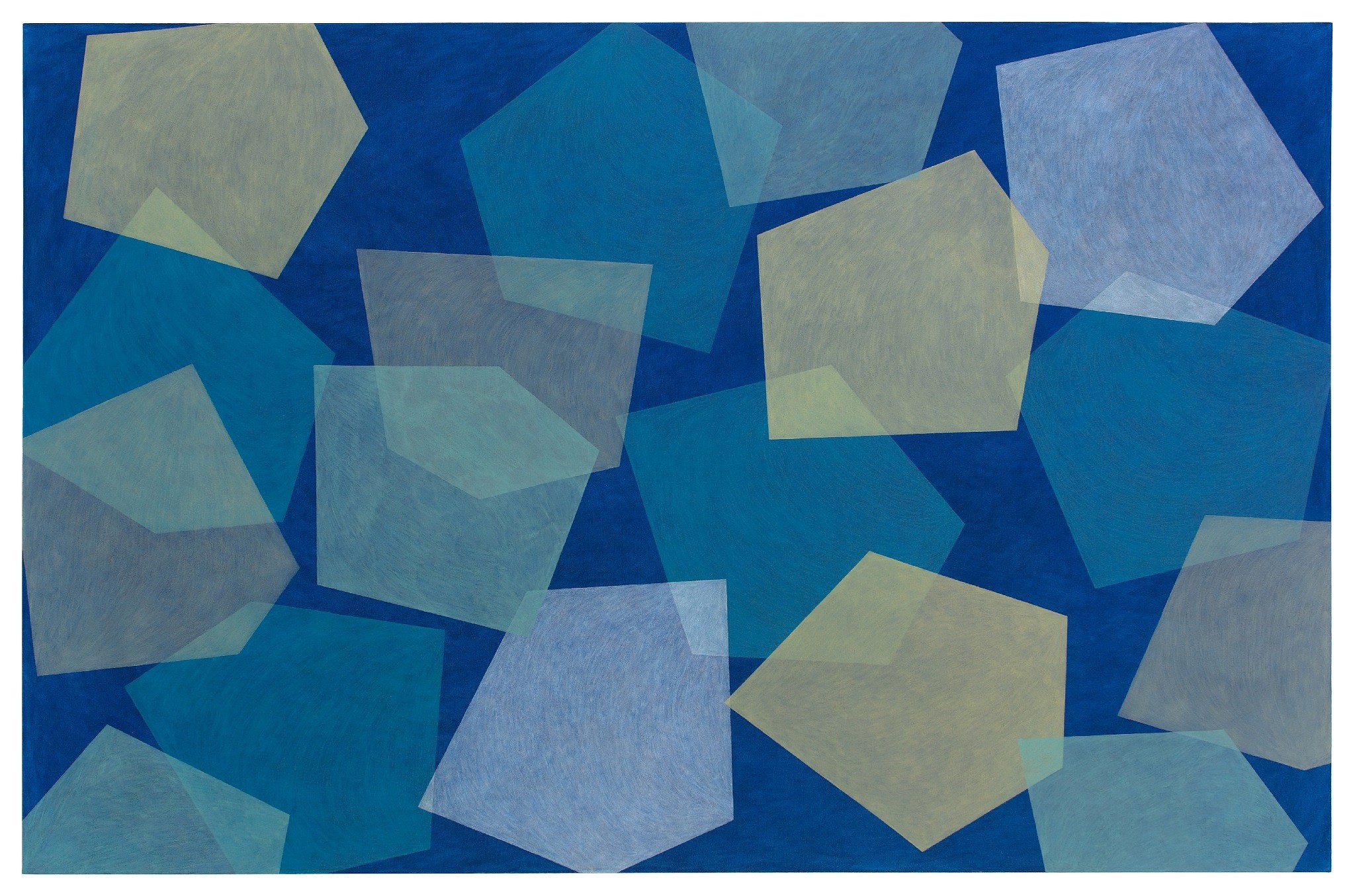 Everard Read Cape Town is pleased to present the solo presentation An Interlude by Jo O’Connor. This is the artist’s first solo exhibition with the Cape Town gallery. Opening the 14th June, it will run at CIRCA Cape Town until 11th July.

Utilising urban environments as a palette for colours, patterns and shapes which recall cellular, architectural and man-made structures, O’Connor’s  An Interlude is a collection of paintings produced within a vocabulary of hard-edge abstraction. Inspired by an interest in natural and manufactured camouflage, this constructed ‘camouflage’ serves as a social commentary on humans and what has become, for many, their ‘natural’ environment.

An interlude – “an interval, an intervening period of time” – is an integral part of repetition, where pauses and spaces are vital to the element that is recurring.  And while repetition (of shape and colour) usually signifies pattern and a certain symbiosis of elements, in O’Connor’s work it is presented in a seemingly haphazard manner. For the artist, the architecturally-inspired shapes, clearly man-made, are presented as ‘natural’, often evoking phenomena such as windswept leaves or osmosing cells.

O’Connor utilises a meditative process of painting: using thin layers of acrylic paint the artwork is created one shape at a time, so that the later shapes reflect on the preceding ones. The painting becomes like a puzzle that is built and solved at the same time, retaining the integrity of all the components as it progresses. The work then moves beyond the idea of ‘urban camouflage’ and pattern, becoming a metaphor for a particular emotion, a certain consciousness, an altered state - an interlude, perhaps.

Aesthetically, the interplay of similarities and differences, continuity and disruption or harmonious disarray will all contribute to a balancing act present in an artwork. I explored the 1920’s Gestalt theorists in Berlin and how they examined the visual arts through the school of perceptual psychology. These ideas were embraced by camoufleurs (who designed military camouflage during the world wars) as well by as those studying visual arts, who primarily concluded that we experience the world neither as an unbroken continuum nor as a jumble of disorderly parts. Rather, it has been noted that we instinctively organize our experience as “a patchwork of detached fragments” (Paul Weiss, 1971). This instinctive grouping process may be identified into the elements of “similarity, proximity, continuity and closure” (Max Wertheimer, 1923).

In my work, the symbiosis of shape and colour, whether presented in a self-styled pattern or as elements which refer to each other, may suggest grouping processes to the viewer. As such, our innate disposition to perceive patterns with the elements Wertheimer identifies then collates into the primary Gestalt principle: the whole is greater than the sum of its parts… and it is this precarious equilibrium which I strive to realize through my paintings.