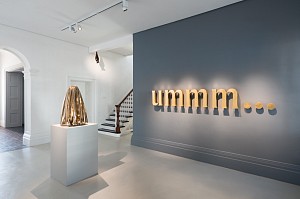 When Brett Murray, a standout even in a particularly bright lineup of star art students, won the grand Michaelis prize in his graduate year, 1983, his aesthetic route was defined: the court jester with the finest of touches; social consciousness to be articulated in the high precision of the artful object.

His master of fine arts a few years later was a riveting triumph, and the chunky cartoon characters to tread his career stage entered in all their metaphorical glory.

One of those, King — a delicious Ubu, rich of ridicule — is coming up for auction on February 16 at Strauss & Co’s contemporary art sale during the weekend’s Cape Town Art Fair. It’s a vivid marker.